What an amazing day.  P4P took place on August 29th and was a great success.  We managed to raise over £24k, thanks to everyone who was involved in any way, but in particular thanks to our Trustee Mike Dennis for his idea, for his organisational and man management skills and his determination and ability to see things through. Well done Mike.

Following P4P 2009 we wanted to extend the event this year and turn it into a Family Friendly Festival Fun day, including more musical acts and overnight camping for anyone who was interested.

We had 9 musical acts ranging from Adam Morris and Claire Bachelor, a talented jazz duo known as ‘Gin Sling’, through Steve Heath who amused and entertained us with his didgeridoo, and headlining Newton Faulkner. Newton Faulkner was charming and personable, joining in the rounders before his act and posing in good humour for photos with delighted fans. A talented musician and vocalist he obviously gets great pleasure and enjoyment from entertaining and communicating with the crowd. 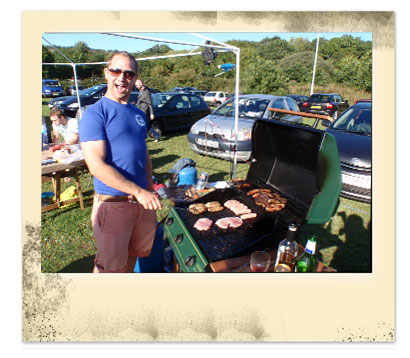 We are very grateful to all our performers for their outstanding contribution to our successful event. The other artists were ‘Meow’, ‘The Hype’, Jody Ellen Robinson, Holly Rubenstein, ‘The Francis Jetty’ and Charlotte O’Connor. Charlotte, in spite of the fact that she had only finished touring the previous evening, still managed to entertain us with her husky voice, her smiling demeanour, natural charm and talent. All our acts performed excellently and people enjoyed the entertainment while taking part in a rounder’s match, playing badminton, picnicking or barbequing.

The cake stall was an attraction in its own right and a tremendous tribute to all of you who showed great talent and imagination by producing such a delicious array of cakes. Thanks to all cake bakers and to everyone who manned the cake stall throughout the day. I think you would all agree that here we should make a very special thank you to Hugo who was drawn to the cake stall as relentlessly as the wasps and undoubtedly wins the prize for eating the most cake. 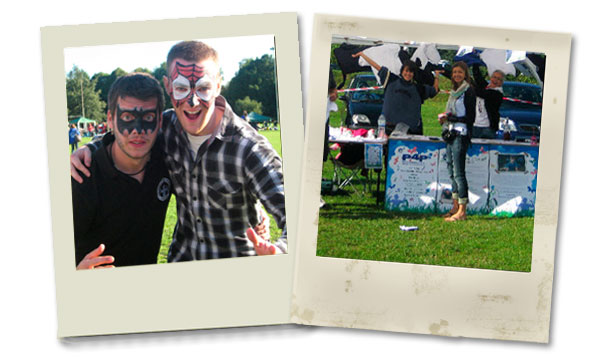 There was a crowd constantly around the Merchandise and Face Painting stalls and people kept appearing with more and more elaborate face painting throughout the afternoon and into the evening. Thanks to everyone involved in these. 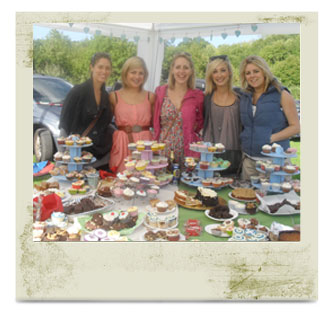 At 3pm the heavens opened and everyone had to run for cover.  Several gazeboes were terminally damaged during the following wet and windy hour. However, at 4.15 the storm passed over and the sun came out. The rest of the afternoon and evening went off smoothly.

Following the outdoor musical acts, we moved inside the club house for another hour of entertainment by one of our bands. ’The Hype’ had been particularly popular when they played earlier in the day and this second performance with Rob Shaw again on the drums, was a lively and amusing hour where everyone managed a bit of dancing in the limited space available.

Finally we set out to camp. We had been warned by the Crew who had been camping since Friday that the nights were very chilly. Thanks to this we were well prepared with extra quilts and enjoyed a comfortable night’s sleep. I recommend anyone who hesitated to camp this year to give it a go next time. We woke and barbequed bacon for the Crew who were already up, dismantling the stage and the lighting. It was a great ending to a highly successful day.

We would like to thank all of you who helped to make the day such a great and memorable occasion. Thank you for buying tickets, for coming and supporting us and for bringing your friends and families along. Thankyou to Reigate Rugby Club for allowing us to use their grounds as our venue and to all their neighbours, especially those who bought tickets and attended in person.

Thanks also to everyone who was involved in any way in helping to set up and clear away the event, including the litter picking sweep on Monday morning. Also to anyone who helped on the day by manning the gate through sunshine and (heavy) showers.

Thanks to everyone involved in the raffle including those who generously donated prizes, those who managed to secure such an amazing collection of prizes and those who sold raffle tickets tirelessly on the day.

To James Heaton for his inspirational art work and graphic design, including designing the logo, the tickets, the flyer and his seemingly unlimited patience by putting up with the constantly changing demands of all of us!

To Rory, Dan, John, Steve, George, Aidan and all their friends from ‘Central School of Speech and Drama’, for their stunning interpretations of James’ ideas. We all loved the little blue ‘Patrick’ signs directing us to the location! At the venue, the sign posts and stage backdrop were jaw dropping, the lighting and sound was faultless and all their hard work and time given so freely, paid off, allowing us all to enjoy the entertainment to the highest professional standard.

Thank you to Dave Rolfe and his colleagues at ‘Carillion Construction Ltd.’ for the loan of the generator and the fencing and to the 34th Reigate Meadvale Scout group for loan of tables and seats.

Thank you to Chris Beasley of Marievele’s Marquees, for kindly loaning the marquee and for putting it up and taking it down without waking too many campers.

We are already thinking about P4P 2011, but it will be nothing without all of you, so please put the date into your diaries now! Sunday 28th August 2011!

Thankyou to all of you for helping Patrick continue to make a difference to people’s lives. 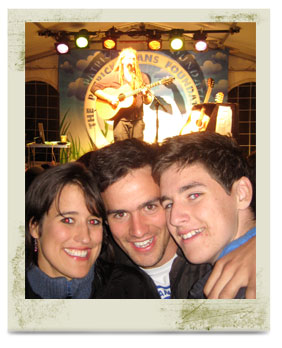