On 26th August 2012 over 700 people gathered together in memory of Patrick Evans to remember Patrick, to meet up with old friends, to make new friends, to listen to music, to dance, to picnic, to party and at the same time to raise money for ‘The Patrick Evans Foundation’.

This was the fourth year of our annual event and we were honoured that Newton Faulkner performed for us once again. This was in spite of his successful and busy year in 2012 and we all enjoyed the tracks he played from his new album.

‘The Patrick Evans Foundation’ were also delighted to welcome Eastenders’ star Shane Ritchie to P4P 2012, another local star who wowed the crowd and had everyone dancing the Conga in broad sunshine! 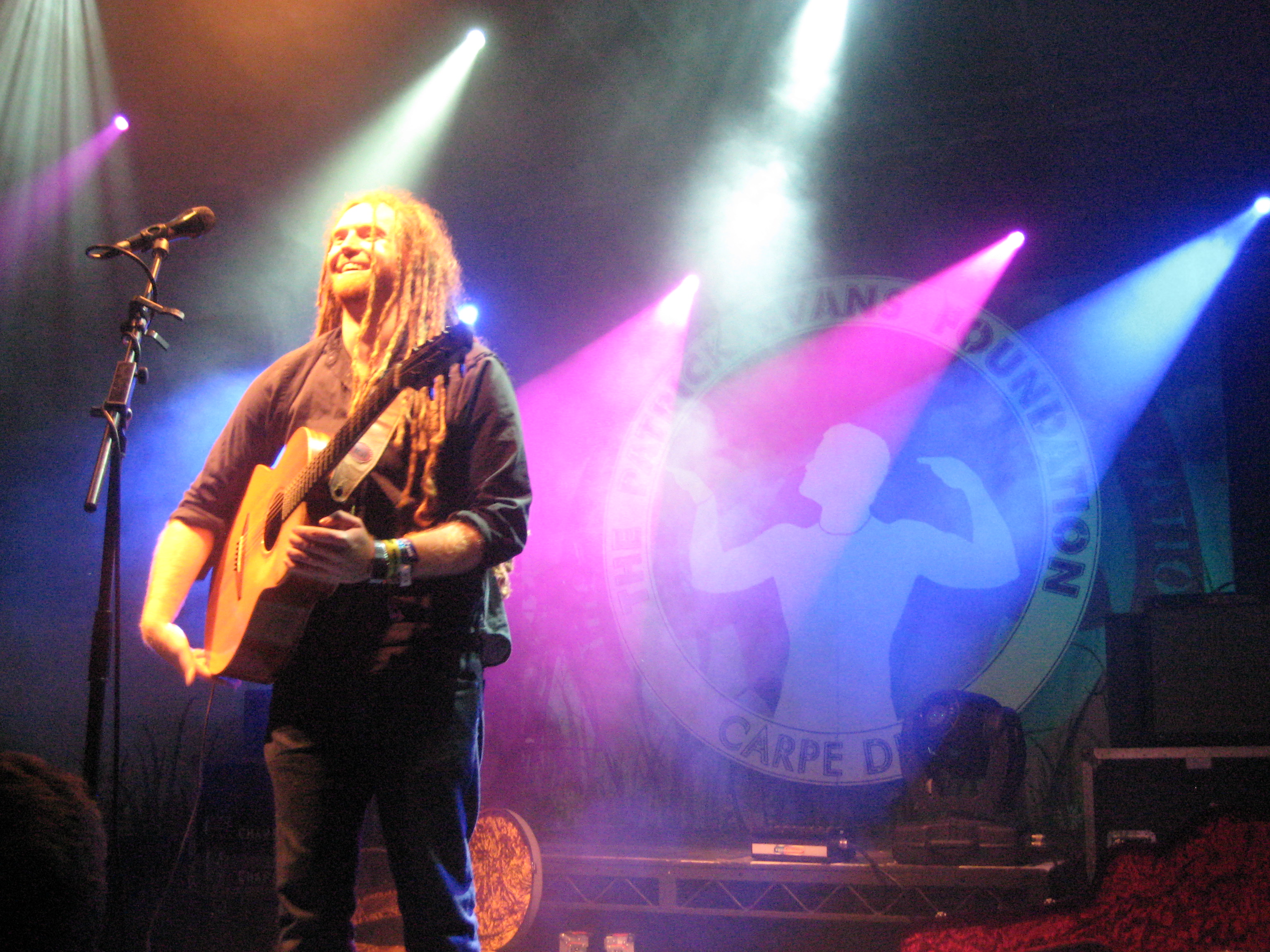 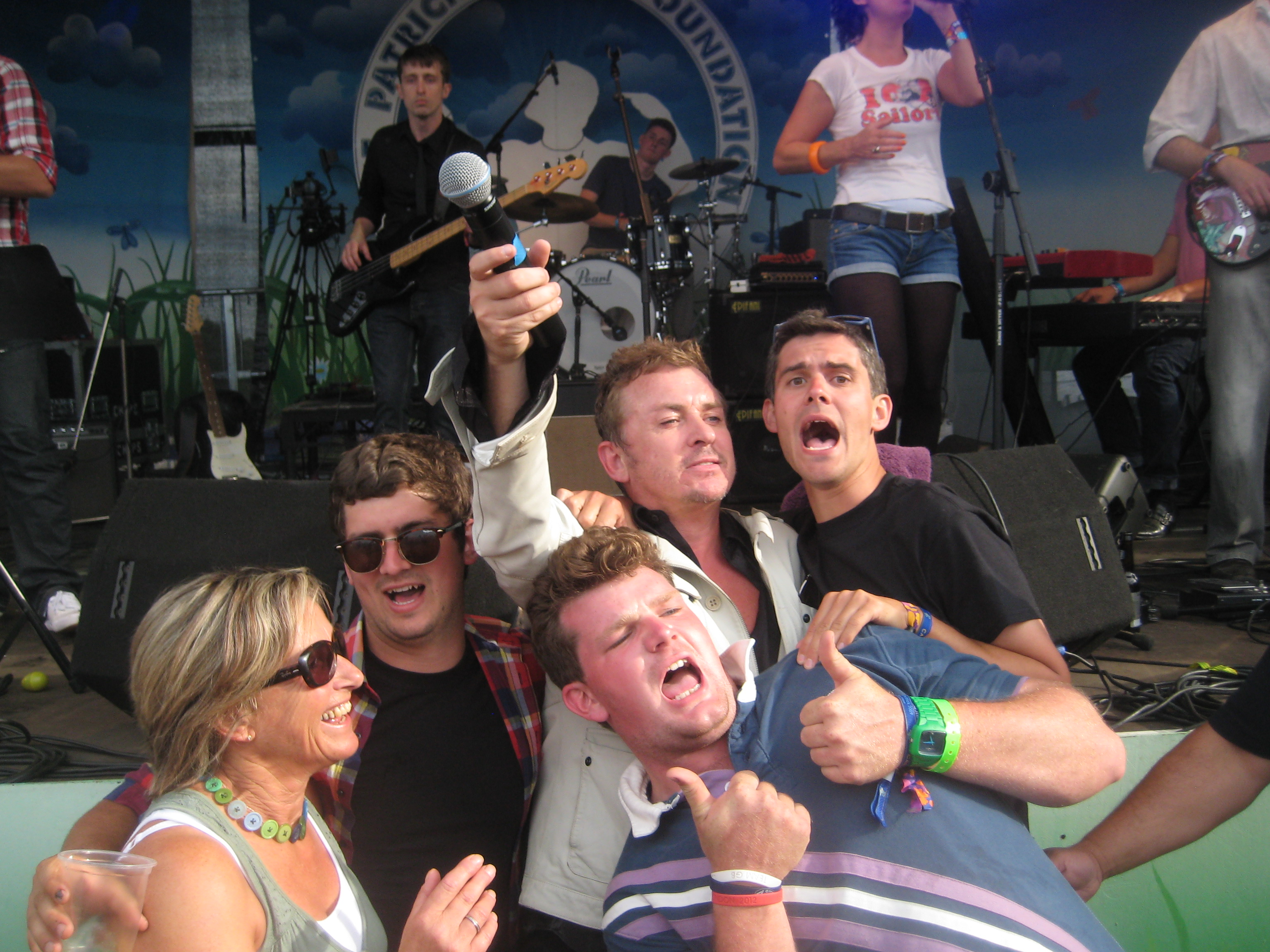 P4P 2012 saw the first of several things. For the first time in 2012, P4P featured a second stage. This acoustic stage was situated in the ‘Tea 4 P’ vintage tent which was run by a group of Patrick’s school friends. This area proved a huge success, with many compliments paid to the musicians, the Tea4P staff and also to the delicious tea and cakes for sale there.

Another new attraction for 2012 was ‘The Craft Village’. Here a variety of handmade arts and crafts were offered for sale and some organised festival goers even managed some early Christmas Shopping! 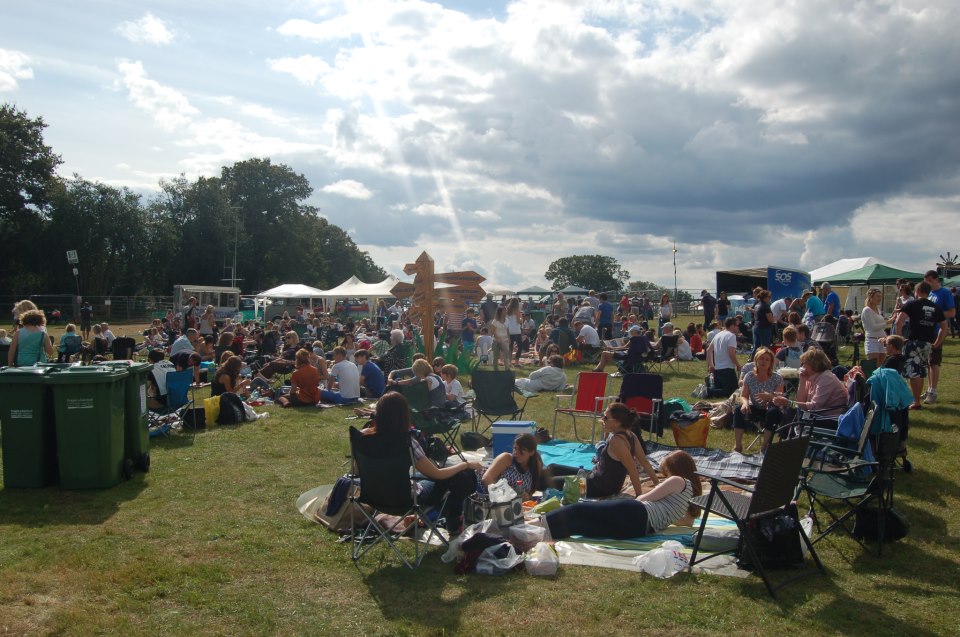 Also in 2012 for the first time, we were blessed with a warm and sunny day. The warm sunshine inspired lots of afternoon fun, with adults and children alike joining in the party atmosphere.

In spite of the new attractions, P4P still offered many old favourites. We had freshly barbequed food provided by the lovely Sarah from ‘The Plough’ in Leigh, a well stocked bar, a cake stall, our very popular merchandise, face painting and a raffle with very tempting prizes provided by general local companies. 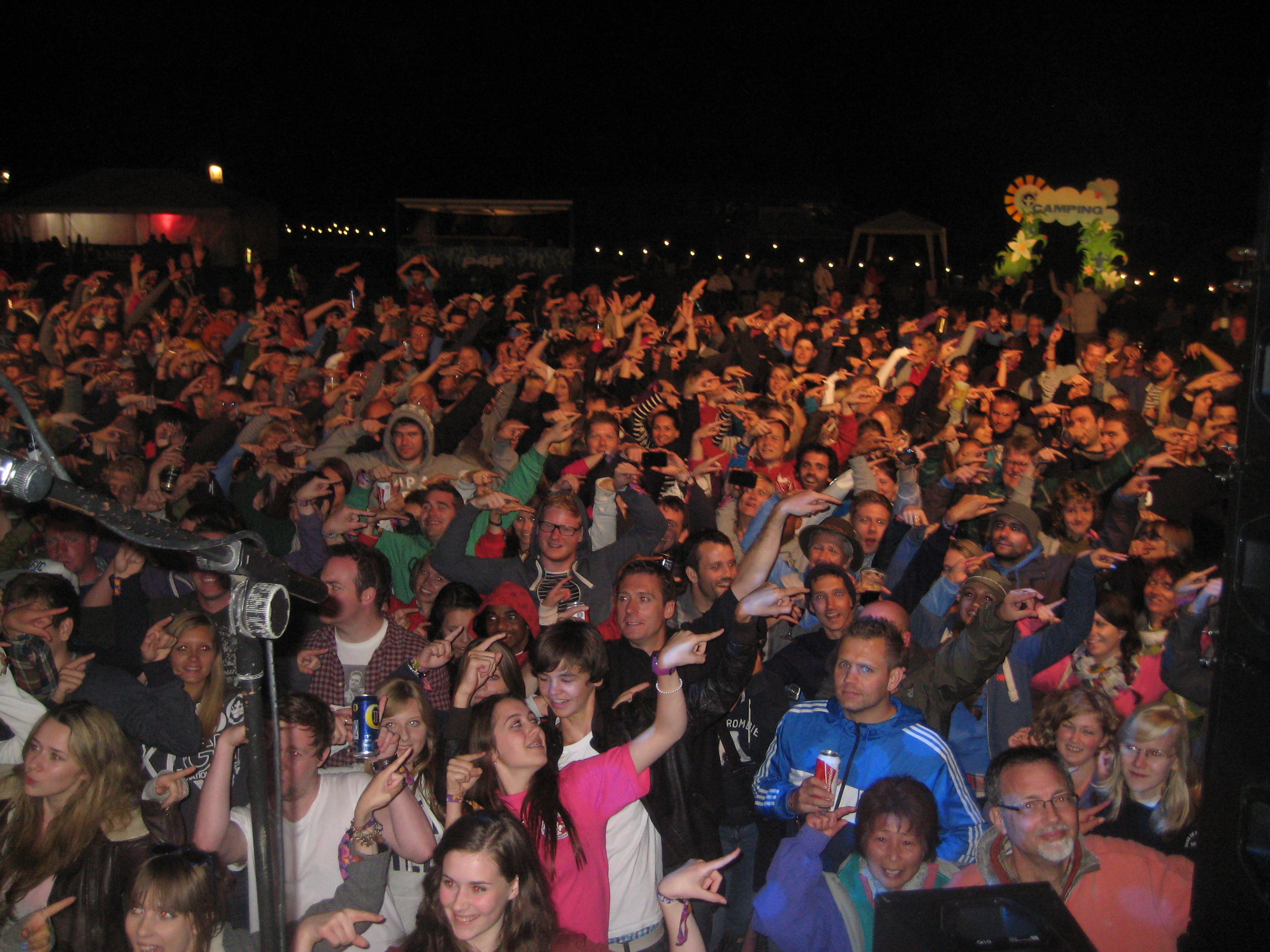 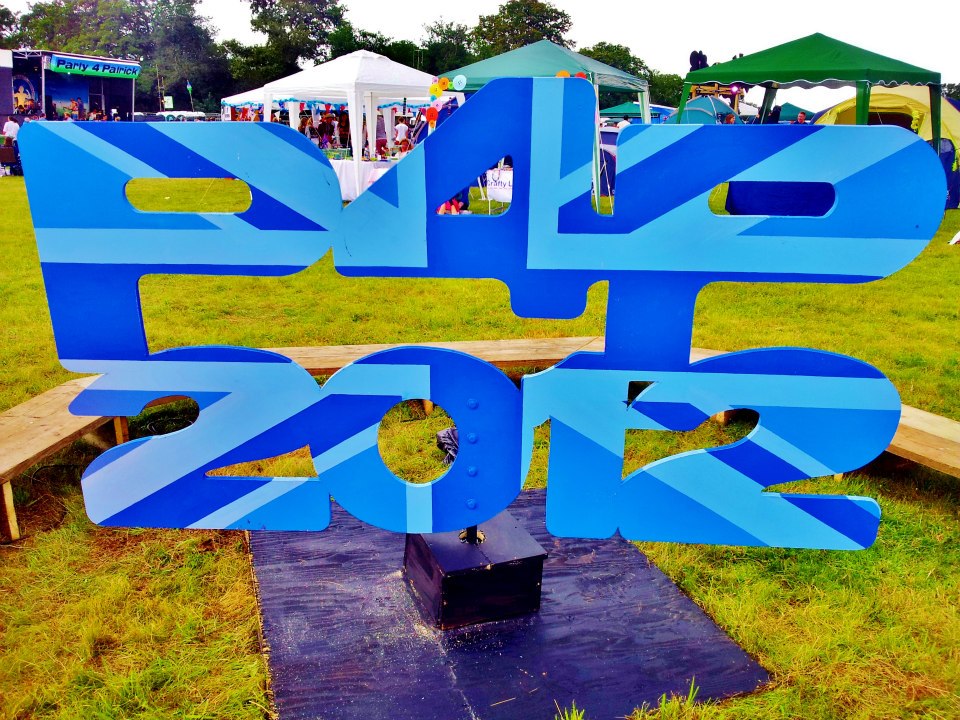 We would like to thank everyone who plays a part in P4P. Thankyou to the brilliant Matt and Kate and all welcoming people, dogs and horses at Littleton Manor Farm. Thankyou to Sarah and her team from ‘The Plough’, Scenatheme, Illusion Design & Construct, Morrison Solicitors in Redhill and SOS Systems in Crawley for sponsoring us. Thankyou to the crew and to all of those from ‘Central School of Speech and Drama’ and the Fantastic Waddington Support Team. Thankyou to all the bands who performed on both stages, all the people who helped in any way in the car park, Tea4P, the cake stall, the merchandise stall, the Craft Village, the raffle team, the breakfast team and the litter pickers. Most of all we would like to thank those of you who support us by buying tickets and coming along with your families and friends making the day such a happy and memorable event. Here’s to P4P 2013!

To find out more about P4P 2013 please visit here

To find out more about being involved with our festival in anyway please contact info@patrickevansfoundation.com